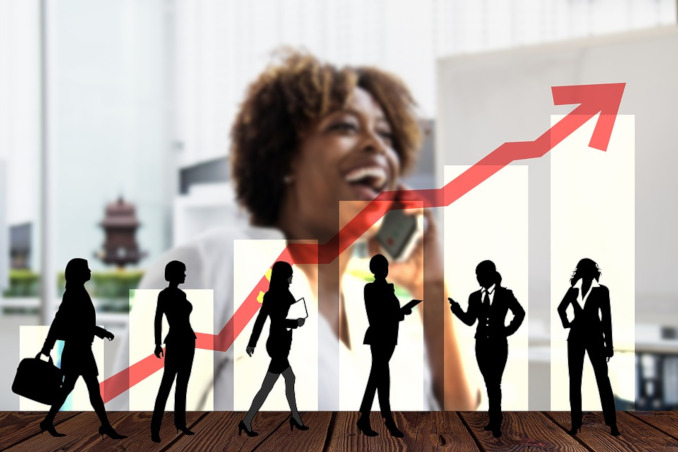 Recently, I have heard a statement that more and more men in position of power are displaying female leadership traits. Interesting. But while I agree with the sentiment, I believe it is part of a much larger story that needs to be explored. The story involves women as leaders.

Let’s talk about it for a while.

Women vs Men in Leadership

Over the last half century, we have been becoming a more globalized society and are learning to adapt our ways of thinking and functioning to our new world. One area which evolves rapidly is that of leadership.

Even though both men and women have evolved together, the traits each gender developed and the roles they played in our society have been different. Traditionally, leadership has been associated with masculinity and therefore formal leader positions have been dominated by men.

I say “positions”, because there is a difference between a leadership position and a leadership role. Women have strongly influenced our history through the latter.

However, as society is evolving, we have entered into an exciting new era where feminine traits are being formally embraced by the leadership community. Women are being recognized for their leadership qualities and for their natural disposition for the role of Transformational Leaders.

Transformational leaders are those who inspire and motivate their followers to become emotionally invested in their group’s success. They transform others from within.

In the past, leaders were expected to demonstrate various traditionally masculine traits, such as visible achievement, wealth gain, assertiveness, aggression and competitiveness. Consequently, most people in leadership positions were men. Even women who took the reigns of countries or large organizations were often judged based on the same criteria.

“I want to be a good leader, not a good lady leader. I don’t want to be known simply as the woman who gave birth.” – Jacinda Ardern

As the world changes, however, female traits are seen as more and more desirable in leaders. They include humbleness, empathy, intuition, emotional intelligence, nurturing and even concern for job satisfaction of one’s followers.

Female qualities are not only becoming essential in the day-to-day running of various civilian organizations, but they are also being emphasized more and more in extreme environments, like the military.

As a result, more male leaders are starting to adopt female leadership traits. So even here, the transformational talents of women are playing a role. But that alone is only a side benefit of what women themselves bring to the leadership table.

According to Kara Arnold, one of the three authors of the work “Transformational Leadership in an Extreme Context”, there are four traits that transformational leaders possess: Idealized Influence, Inspirational Motivation, Intellectual Stimulation and Individual Consideration.

Many of the qualities behind those traits – like motivating others, looking out for others, interpersonal communication skills, inspiring others, and creative problem solving – are considered feminine traits. Although both men and women can exhibit those traits – and many do – more women will display them than men.

Women make up over half the world population. Statistically, they are underrepresented in both the political and the corporate arenas. Why is this the case?

First is the fact that people tend to maintain the status quo. There is a feeling of safety in what we know and a sense of danger in what we don’t know. And we are predisposed to avoid the unknown.

The second – and larger – issue is that leadership is still a male dominated world, which causes some female leaders to be discriminated against. It is generally harder for women to gain a leadership position. Feminine traits are seen as traits of followers.

Consequently, when women become leaders, they often sacrifice their own qualities in attempt to fit in with their male counterparts.

The Benefit of Having Women as Leaders

Ironically, transformational leadership thrives on feminine traits and it’s women who possess them biologically (e.g. nurturing, advanced communication, attention to detail, empathy, emotional intelligence, etc.). And when women feel free to express them, they bring another dimension to the leadership world that otherwise would not exist.

It is therefore important that women enter the leadership world to even out the male to female disparity.

“Finally I was able to see that if I had a contribution I wanted to make, I must do it, despite what others said. That I was OK the way I was. That it was all right to be strong.” -Wangari Maathai

We are entering a new era of globalization and thus need to examine the way in which we lead. With respect to females in leadership roles, we are already seeing benefits.

For example, the Canadian Military sees the value of transformational leadership and the positive aspect it has on its culture. Their research shows that rather than women exhibiting more masculine traits, male are absorbing more feminine ones.

What do you think about women as transformational leaders? Do you have an opinion about how we – as a society – should view women and their leadership potential? What we must do to empower more women to become leaders?

And don’t forget to subscribe to our newsletter. We deliver great leadership content, including lessons and tips on managing your team, inspiring your followers, making good decisions and being a leader others want to follow.

Share
Facebook
Twitter
Pinterest
Linkedin
Email
John Maloney
John Maloney is a leadership instructor, a life coach and a contributing writer at Online Leadership Network. He has over 22 years of experience as a front line staff, team leader and program coordinator at a large non-profit organization, as well as a Masters Degree in Interdisciplinary Studies with focus on Leadership in the 21st Century.

How to Describe a Good Leader

What is a Values-Based Leader?

When I was doing my Graduate Program, I did a Graduate Certificate on Values-Based Leadership. There were many ways to explain a values-based leader, some more complex than others. Both Greg and I strongly identify...

What is Servant Leadership?

Servant leadership, founded about 40 years ago, can be defined as willingness to serve others and bringing together people who are in conflict, while helping them in leadership capacity. I would definitely say that...

One way I put leadership theory in practice is by being an authentic leader; not only in words but also in action. While finishing one of my leadership courses within my Masters program, I...

Transformational Leadership Theory has been around for over forty years. The first recognized book written on transformational leadership was called “Leadership” by James MacGregor Burns and was published in 1978. Since then, there have...