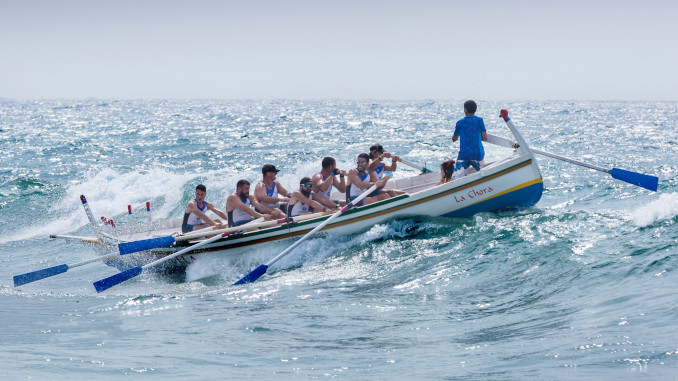 What is transformational leadership? There have been many definitions with different nuances. Basically, Transformational Leadership is a style of influencing others in which the leader engages their followers and motivates them in such a way that they become emotionally invested in the group’s and organization’s success. It uses the practice of psychology and applies it to the practice of leadership.

This may seem like a tall order for a new leader to take on and sometimes it is. However, understanding transformational leadership well can add a powerful tool to the skill set of even those new to leadership and those aspiring to it.

There are four main qualities outlined within Transformational Leadership Theory that leaders exhibit. The first is called Idealized Influence. There are two components here. The “idealized” part of the statement means you – as a leader – are expected to do what’s right; following your moral compass. Remember, I didn’t say to do what is easy, but to do what is right.

I can give an example from my own career. When I was first in charge of leading a team, there have been times when I had made mistakes. Sometimes I had the opportunity to cover them up to ensure that no one would notice my errors and I would maintain the appearance of infallibility.  That would have been the easy way out. I did not do that. While this resulted in my manager at the time pointing out that I made more mistakes than other team leaders (I assume they were just resolved to hiding theirs), it resonated positively with my followers who saw my integrity unquestioned. This in turn influenced their own behavior.

Likewise, if your own followers see you following your moral compass, they are more likely to do the same. By being consistently ethical, you will attract people who want to work with you and who are of like mind. The “idealized” part of your ethical behavior will “influence” their own behavior for the better. 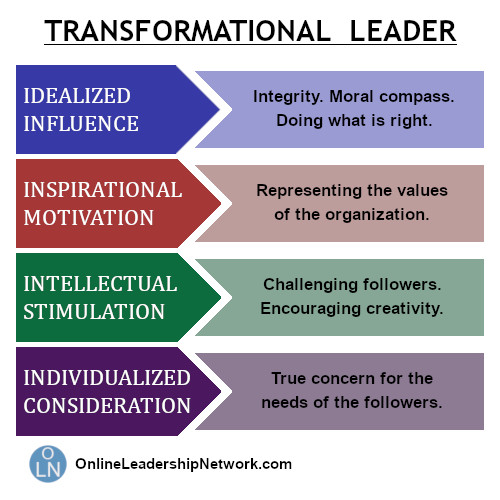 At the same time, the leader needs to be able to communicate the same values to the outside world, including all those people who have an interest in the organization. This group includes funders, potential partners, customers, clients and other stakeholders.

In my above example, I worked in a non-profit organization which took care of children and youth. Some of the stakeholders I needed to communicate our values to were: caseworkers, doctors, children advocate investigators, parents, psychologists, any people outside of my work circle who asked me what I did and of course the very children and youth that I served.

It is important that early on when you start working for a company, even if you are not in charge of others, you research and practice the values of your workplace. Your leaders and managers will take note and this could give you an edge if you are an aspiring leader.

The third quality of a transformational leader is the ability to provide his or her team with Intellectual Stimulation. Here, the leader wants his followers to let lose their creativity and contribute to the goals of the organization.

There is a concept I learned when taking an aboriginal workshop. When you only rely on one person’s wisdom, you only have their lifetime to draw upon. However, when you draw upon the lifetimes of others, you significantly increase the amount of creativity and wisdom available to you to solve a problem. By allowing others to participate in overcoming challenges that affect the group, you are getting fresh perspectives and fresh ideas not available to you alone.

I was taught this lesson quite simply, when I was a new team leader. My manager, who was opening a new program, was experiencing staffing challenges and had a hard time designing a comprehensive schedule that would work for all. He asked me and another leader under his charge to tackle the problem. Free from any pressures that our manager was experiencing and with two pairs of fresh eyes, we met in person and completed the task within two hours. We even provided him with two choices. And we felt great in the process, contributing on an important level.

Don’t be afraid to ask for help. Ask your team for support, if problems arise. If they can help, they usually will. In turn, this will help them get emotionally involved with wanting the team to succeed. And it will help you reinforce your role as a transformational leader.

The fourth quality of Transformational Leadership Theory is that of Individual Consideration. This is where the leader looks at the needs of each individual team member and gains an understanding of what each member needs from the team, from the leader and from the organization. It is vital that leaders have this insight so that they can predict what might happen in certain situations and can plan in advance.

This knowledge can be gained through observation; however, I recommend engaging in conversation instead. Conversation will help you build a rapport and trust with your followers and will ensure you are not making assumptions about what they require. It is important that you make every attempt to meet the needs of your followers, even if it is at the cost of some of your own needs. This means that you may also have to take on more duties than your team when the need arises.

In my role as the team leader at the same non-profit organization, whenever we I staffing issues and could not find enough available workers, I would work more extra hours than I expected of my team members. It’s a simple concept of leading by example.

Meeting the needs of your team can be hard or easy, depending on circumstance. However, due consideration must be given in each case. When the staff on my team came to me with last minute requests for holiday time off, I always told them that if they could work something out with other members of the team and find a way to cover this unexpected, last-minute change to the schedule, I would approve their request. My own boss would sometimes question my decision and I had to spend some time explaining the suddenly revised schedule, but it was all worth it in the end.

I found that being flexible with my team and meeting their needs became reciprocal. When I needed their support, I often had people lined up to help me because I established a sense of loyalty that worked two ways. This loyalty benefited my team, myself and the organization.

“To me, leadership is about encouraging people. It’s about stimulating them. It’s about enabling them to achieve what they can achieve – and to do that with a purpose.” – Christine Lagarde

What are your thoughts on transformational leadership? Do you have any experience with this style of leading others? Do you see a value in it? Let us know below!

Also, subscribe to our leadership newsletter to receive practical tips and how-to lessons on various leadership styles and methods, as well as strategies on motivating and empowering your followers and inspiring their performance and their lives.

Share
Facebook
Twitter
Pinterest
Linkedin
Email
John Maloney
John Maloney is a leadership instructor, a life coach and a contributing writer at Online Leadership Network. He has over 22 years of experience as a front line staff, team leader and program coordinator at a large non-profit organization, as well as a Masters Degree in Interdisciplinary Studies with focus on Leadership in the 21st Century.

How to Describe a Good Leader

What is a Values-Based Leader?

When I was doing my Graduate Program, I did a Graduate Certificate on Values-Based Leadership. There were many ways to explain a values-based leader, some more complex than others. Both Greg and I strongly identify...

Recently, I have heard a statement that more and more men in position of power are displaying female leadership traits. Interesting. But while I agree with the sentiment, I believe it is part of...

What is Servant Leadership?

Servant leadership, founded about 40 years ago, can be defined as willingness to serve others and bringing together people who are in conflict, while helping them in leadership capacity. I would definitely say that...

One way I put leadership theory in practice is by being an authentic leader; not only in words but also in action. While finishing one of my leadership courses within my Masters program, I...